After 12 months of marriage, there are only two things that I really know without a doubt: 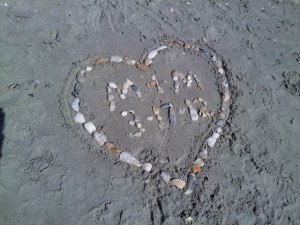 1. I love my husband more today that I did when I first said “I do.”

2. I have had absolutely no idea what I’ve been doing this past year.

Walking into marriage, I received a lot of advice about what to do, what to expect, what not to expect.  I was told how hard the first year is.  How much marriage is not anything like what most people expect it to be.  How it’s about more than simply “living with your best friend” or “happily every after.”  How there are days that are really hard, and there will be times when you wonder “what the HECK have I done??”

I took all the advice seriously and was very appreciative of it.  But in the back of my mind I was secretly wondering, “How hard can it really be?  I mean really.  Maybe everyone else struggles and has a hard first year – but I doubt we will.  And if we ever actually disagree about anything, well – he’ll eventually see reason and then things will be fine.

I am really beginning to understand the truth of the saying that “experience is the best teacher.”  I read all the books and took all the classes and talked to all the married women – and I was still essentially blown away by the reality of what all those books and classes and married women had been talking about.

Don’t misunderstand me – I’m not claiming to be the authority on marriage after 1 year.  I’m not suddenly all-wise and understanding on the mysterious world of marriage.  But I can confidently say that I am wiser than I was 365 days ago.  And that’s a start.

The greatest truths about marriage that I have learned over the past year can best be summed up in these statements: 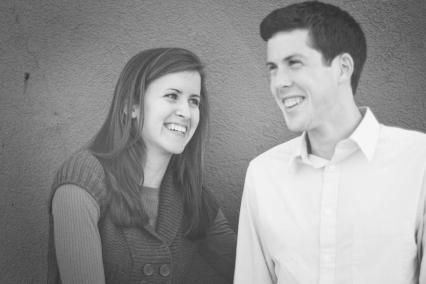 2. Marriage is not about staying in love.

If you’re reading those statements and thinking, “Wow, poor Mary and Matt, their marriage is sad,” don’t worry. You’re mistaken.  We are very much in love. But God has caused my focus to change. He’s shown me that these things cannot be my end goal. Let me explain.

1. Marriage is not about me.  This is a statement that is completely countercultural – in both the secular and, oftentimes, the Christian world views.  Girls are taught from a young age that a wedding is one of the most exciting events to look forward to in their lives.  Notice I said WEDDING and not MARRIAGE.  I can’t count how many times I’ve heard women say, “My entire wedding is planned – now I just need a man!”  We are taught to want the best dress, best food, best venue, best music, best flowers, best ring, and – oh yeah – the best groom.

“Whatever the bride wants.”

“Whatever makes you happy.”

Women, I say this in the kindest way possible: We have been completely deluded.

But at the risk of harping on women only, how about the expectations of men going into marriage? I’m not talking about the typical “ball and chain” perspective.  But the seemingly “positive” ones.  I asked my husband what some of the expectations were that he had growing up and leading up to marrying me.  Surprisingly, he said many of the same things women say.  While he never really spent any time mentally planning a wedding, he did have this idea that marriage would mean always having someone there to affirm him and take care of him.  There would be a marriage, a house, kids, and the wife would take care of the kids.  And the wife would adore him.

All of these expectations are not bad.  Who wouldn’t want to to be loved  by their significant other for always and forever?  Who doesn’t want to have a care free wedding day where everything just goes right?  I don’t think these desires are wrong by any means.  They are good things.  But, as with anything good, desiring that perfect wedding more than you desire to please God can lead to sin.

So back to the original statement: Marriage is not about me.  The whole purpose of marriage is not to live happily ever after, to be financially secure, or to produce precious little cherubs that look just like you.  Those are all parts of marriage, but it is not the reason that it exists.

Unsurprisingly, marriage exists for the same reason that WE exist – to give glory to God.

Easy Christian answer, right?  But really, think about it –

Marriage will not exist in heaven.  A lot of people don’t like that concept, but unfortunately, it’s biblical, and therefore not really debatable (Matthew 22:30).  So marriage is meant to be an earth-only thing.  Why? Why not continue the relationship into eternity?  That would only make us happier, right?

Maybe.  If the purpose of marriage is my happiness.

“The meaning of marriage is the display of the convent-keeping love between Christ and his people.”

That’s what it’s all about.

To be completely honest, there have been days when I haven’t really liked Matt.  And I KNOW he would say the same about me.  I married a sinner.  And he did too.  Unfortunately we’re very human,  and our sin nature doesn’t completely evaporate into thin air once we get married.  If anything, it suddenly begins rearing its ugly head more often.

Will we end up hurting the one person we love more than anyone?  Inevitably. Would it be easier to walk away when we hurt each other? Probably.  And if marriage was about me – about my feelings – then that is probably what I would do.

But praise God, it is not about me.

It’s about a covenant that is made between two people.  A promise that says “no matter what, regardless of what happens, good or bad, I will never leave you.  There is nothing you could ever do to make me leave you or stop loving you.  You will hurt me and you will probably fail me at some point – but I am not going anywhere.”

That’s how Christ loves His people.  When His people fail Him and leave Him and deny Him over and over…He refuses to leave.  He doesn’t break his promises.  Ever.

That’s what marriage is about.

Which leads to the second truth that I have been learning: Marriage is not about staying in love.  I am very in love with my husband, no question about that.  But my marriage is not dependent on being in love.  Again, John Piper puts it in to perspective this way:

“So I argue that staying married is not mail about staying in love.  It’s about covenant-keeping.  If a spouse falls in love with another person, one profoundly legitimate response from the grieved spouse and from the church is, ‘So what! Your being “in love” with someone else is not decisive.  Keeping your covenant is decisive.‘”

What a profound concept!  The world tells us that if you fall out of love with your spouse and in love with someone else, then you should follow your heart and do what feels right.  “You deserve to be happy.”  Is it any wonder that the world thinks it is such a miracle for a marriage to last?

Marriage does not – should not – rely on the feeling of love to keep it alive.  C.S. Lewis also addressed this concept in his book The Four Loves (I bolded the highlights, so feel free to read those if you don’t like long paragraphs 🙂 ) –

“Being in love is a good thing, but it is not the best thing. There are many things below it, but there are also

many things above it. You cannot make it the basis of a whole life. It is a noble feeling, but it is still a feeling. Now no feeling can be relied on to last in its full intensity, or even to last at all. Knowledge can last, principles can last, habits can last; but feelings come and go. And in fact, whatever people say, the state called “being in love” usually does not last. If the old fairy-tale ending “They lived happily ever after” is taken to mean “They felt for the next fifty years exactly as they felt the day before they were married,” then it says what probably was never was or ever could be true, and would be highly undesirable if it were. Who could bear to live in that excitement for even five years? What would become of your work, your appetite, your sleep, your friendships? But, of course, ceasing to be “in love” need not mean ceasing to love. Love in this second sense — love as distinct from “being in love” is not merely a feeling. It is a deep unity, maintained by the will and deliberately strengthened by habit; reinforced by (in Christian marriages) the grace which both parents ask, and receive, from God. They can have this love for each other even at those moments when they do not like each other; as you love yourself even when you do not like yourself. They can retain this love even when each would easily, if they allowed themselves, be “in love” with someone else. “Being in love” first moved them to promise fidelity: this quieter love enables them to keep the promise. It is on this love that the engine of marriage is run: being in love was the explosion that started it.”

A marriage is not dependent on “being in love” for its survival.  It is dependent on the promise – the covenant relationship – to keep it alive.

I was sharing some of these thoughts with Matt recently, and we both realized that, as i mentioned before, these were truths that had been told to us prior to marriage.  We had many godly men and women share with us what marriage really is.

But we still didn’t get it.

We are only just now starting to comprehend.  It is a concept that – not unlike the Gospel – we will have do continuously preach to ourselves daily.  Remind ourselves.  Because we as humans have a tendency to forget things.  And sometimes we must be reminded – in painful ways – about this truth.

Marriage thus far has humbled me in more ways than I can count.  If you have any doubts about you being a sinful, self-centered person, just go get married – you will find out how much you love yourself more than others very quickly.  And you will realize that marriage cannot – must not – be about anyone other than Christ.

And that’s a start.